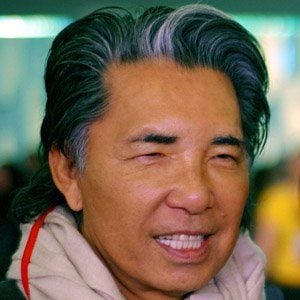 Best known as the founder of the famous Kenzo fashion house, this Japanese-born clothing designer also worked in the perfume and skin care industries.

He opened his first boutique, Jungle Jap, in 1970 and subsequently displayed his fashion collection in both Tokyo and New York.

After briefly studying at the Kobe City University of Foreign Studies, he trained at the Bunka Fashion College in Tokyo, Japan.

He and his sisters grew up in Japan's Hyogo Prefecture.

He and fellow Japanese designer Yohji Yamamoto, born just four years apart, both had successful careers in the fashion industry.

Kenzo Takada Is A Member Of