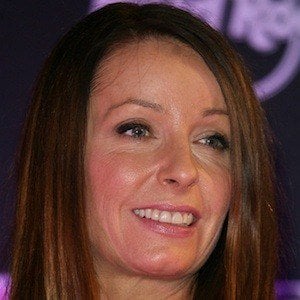 English pop singer who gained fame while in the band Bananarama and was on the 1983 debut LP Deep Sea Skiving.

She met her bandmate Sara Dallin when she was four and they played together on ten albums between 1983 and 2009.

She has one son and has been in a partnership with former Wham! band member Andrew Ridgeley.

She and Sarah Dallin were both in Bananarama.

Keren Woodward Is A Member Of