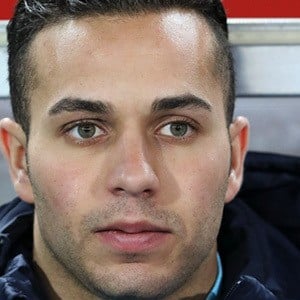 Wing player who has gained fame for his international club career, including for Fulham FC of the EFL Championship between 2011-2013. He helped lead the Turkish club Beşiktaş J.K. to the Super Lig championship in 2015-2016.

He played in Fulham's youth academy between 2010-2011. He later made his professional debut with the club's senior squad in July 2011.

His father is Turkish. His mother is of Moroccan descent.

He and Emre Belozoglu have played as teammates for İstanbul Başakşehir F.K. for the Turkish Super Lig.

Kerim Frei Is A Member Of