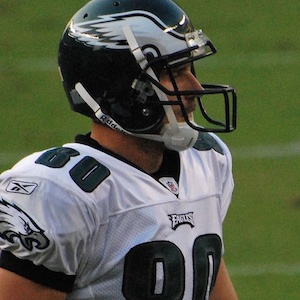 Wide receiver who spent the most years of his career as a member of the Rams and Eagles. He was a third round pick of the Rams in the 2003 draft.

He played high school ball at Bingham and played at the college level for Utah State University.

He received an orchiectomy due to testicular cancer in September of 2010.

He was born and raised in Utah where he became a member of The Church of Jesus Christ of Latter-day Saints.

He was coached by Andy Reid during his time with the Eagles.

Kevin Curtis Is A Member Of