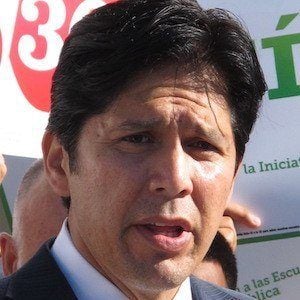 Notable as the first Latino to ever hold the position of President pro tempore of the California State Senate, he was elected to represent the 24th district in 2010. He became Los Angeles City Councillor for the 14th district in 2020. He is a Democratic politician.

He served as a member of the California State Assembly from the 45th district for four years between 2006 and 2010.

He spent years teaching U.S. citizenship courses. He became a member of the Alliance for a Better California and the California Teachers Association.

He was the first of his family to graduate from high school. He has one daughter.

He assumed the position of President pro tempore of the California Senate while Jerry Brown was Governor.

Kevin de León Is A Member Of