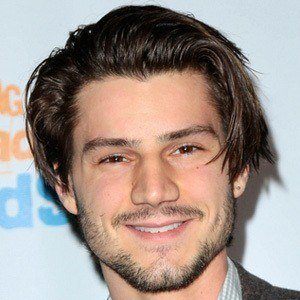 Most notable for his recurring role as Marco in Melissa & Joey, he landed a part as Matt in the third season of Showtime's Masters of Sex. He later starred in CMT's Sun Records.

A graduate Portsmouth High School in New Hampshire, he moved to Los Angeles to pursue his acting career.

Guest-starring credits of his include iCarly, Criminal Minds, Monday Mornings and NCIS.

He was born in San Antonio, Texas as the third oldest of six kids to parents Dave and June Fonteyne. His parents divorced while he was in elementary school in New Hampshire.

He joined Masters of Sex stars Lizzy Caplan and Michael Sheen for the show's third season.

Kevin Fonteyne Is A Member Of