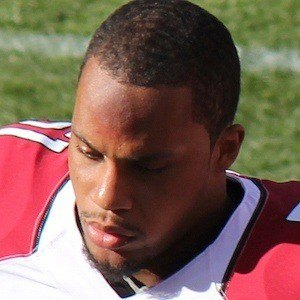 American football linebacker who was drafted by the Arizona Cardinals in the second round of the 2013 NFL Draft. After playing on special teams and as a backup for two years, he started all 16 games in 2015.

He was a standout at Louisiana State University, where he earned All-American honors in his junior year. He skipped his senior year to enter the NFL draft, finishing his career with more than 200 tackles.

He set two school records for tackling in his junior season, with 17 solo tackles against Florida in the regular season and 19 total tackles in the Chick-Fil-A Bowl.

He was born to Leonard Minter and Willie Mae Hollis and grew up in Suwanee, Georgia.

He started at inside linebacker alongside Deone Bucannon in 2015.

Kevin Minter Is A Member Of