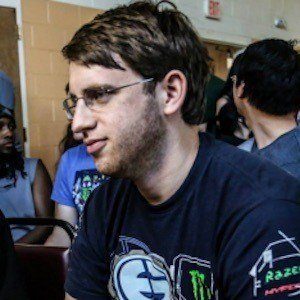 Competitive Super Smash Bros. Melee player, who is considered part of The Five Gods of Melee. He won Apex in 2014 and 2015. He goes by the name PPMD, a variation of his previous name, Dr. PeePee. He uses the characters Falco and Marth.

He attended high school in North Carolina and first gained attention when he finished second at Revival of Melee 2. He graduated from the University of North Carolina with a degree in psychology.

He and Jason Zimmerman, along with Joseph Marquez, Adam Lundgren, and Juan Debiedma, make up The Five Gods of Melee.

Kevin Nanney Is A Member Of