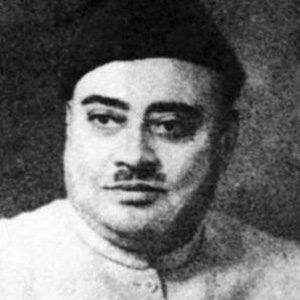 Most Popular#175114
Politician Born in Bangladesh#9

Longtime member of the Muslim League who was also the Prime Minister of Pakistan from 1951 to 1953. His tenure saw the rise of both the Awami League in East Pakistan and socialist groups in West Pakistan.

He studied at Trinity Hall, Cambridge, before moving back to British India to become involved in politics.

He also served as the Governor-General of Pakistan, and the Minister of Defense.

Before moving to London to receive his education, he was raised by his parents in the region of Dhaka.

He served as the Prime Minister of Pakistan under Queen Elizabeth II.

Most Popular#175114
Politician Born in Bangladesh#9

Khawaja Nazimuddin Is A Member Of