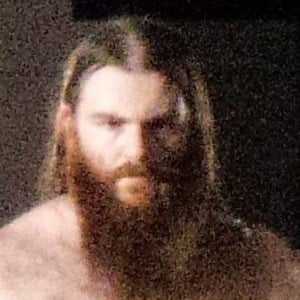 Professional wrestler known for his work with the WWE. He competes under the SmackDown brand as a member of the Sanity Stable. He is also known for having been a competitor for the Insane Championship Wrestling and the British Independent Circuit.

After being inspired by Sting and The Ultimate Warrior, he chose to pursue a career as a professional wrestler. He began training in 2005 and in 2009 became a member of the Insane Championship Wresting Independent Circuit. After competing in a range of events, he joined the WWE in 2016.

He was born and raised in Belfast, Ireland.

He defeated fellow professional wrestler Rich Swann in his debut WWE fight in November of 2016.

Killian Dain Is A Member Of