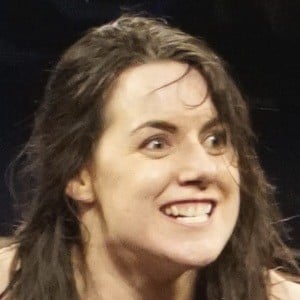 Scottish professional wrestler who is widely known for her tenure on WWE's NXT promotion. In October 2016, she debuted as a member of the heel stable SAnitY.

She graduated from the University of Glasgow with her bachelor's degree in history. She subsequently earned her certifications for personal training and as a fitness instructor.

She competed across independent professional wrestling promotions for 7 years between 2008-2015. She won the EVE Championship for the women's promotion three separate times.

She was born and raised in Glasgow, Scotland.

She was a member of the stable SAnitY for WWE NXT alongside Sawyer Fulton, Eric Young, and Alexander Wolf.

Nikki Cross Is A Member Of