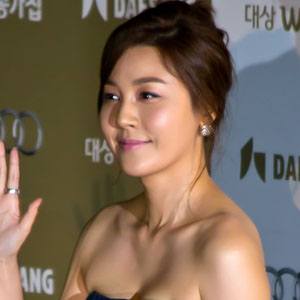 Star of the SBS drama A Gentleman's Dignity who also played roles in the romantic comedies My Tutor Friend and My Girlfriend Is An Agent.

She studied cinema at the Seoul Institute of Arts, and made her on-screen debut in the 1998 film Bye June.

She won three SBS Drama Awards in 2012 for A Gentleman's Dignity, including a Top Excellence Award.

She grew up in Seoul, South Korea, with her younger brother. In 2016 she married a businessman.

She and the rest of her castmates made My Girlfriend Is An Agent a big hit in India, where it was adapted into a local version by Imtiaz Ali.

Kim Ha-neul Is A Member Of