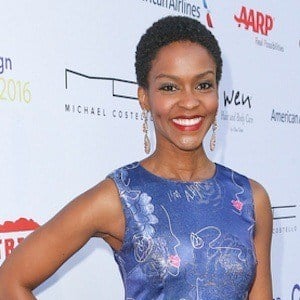 Broadway, soap opera and primetime television actress well known for portraying Kerissa in the OWN drama series Greenleaf. She was a series regular on CBC Television's Da Vinci's Inquest and previously starred on the short-lived HBO comedy series Lucky Louie, created by and starring Louis CK.

She graduated from Birmingham-Southern College in Alabama with a Bachelor of Arts degree in musical theatre. She worked on stage to begin her career, making her debut at a regional theater in Atlanta, and appearing in off-Broadway plays.

She made her TV debut in an episode of I'll Fly Away in 1991. She appeared in a couple of episodes of In the Heat of the Night in different roles that year as well. She acted in the Broadway show The Life.

She has sons named Julian and Tobias.

She would star alongside Merle Dandridge in Greenleaf.

Kim Hawthorne Is A Member Of