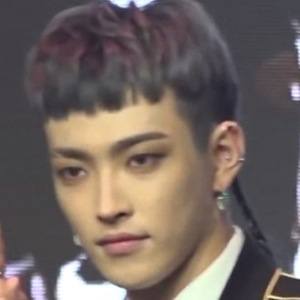 Leader of the eight-piece boy band ATEEZ who performs as a rapper and composer for the K-pop outfit. His full name is Kim Hong Joong.

He was a contestant on MIXNINE. He began working when he was in high school.

He is South Korean. He has an older brother.

Role models of his include G Dragon and Zico.

Hongjoong Is A Member Of