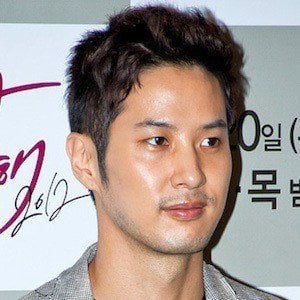 TV actor who found acclaim in the 2009 skiing film Take Off. The film was the second-highest grossing Korean film that year. He also joined the cast of Hot Brain: Problematic Men in 2015.

He debuted as a rapper in the five-member Eurodance boyband LEO in 2001. They disbanded eight months later.

His acting career began in 2004 with Kim Hyung-joong's music video for "She's Laughing." He has 300,000 followers on his kimjiseok16 Instagram.

His sister is Kim Ban-seok.

He and TV actor Lee Min-ho are both from South Korea.

Kim Ji-seok Is A Member Of