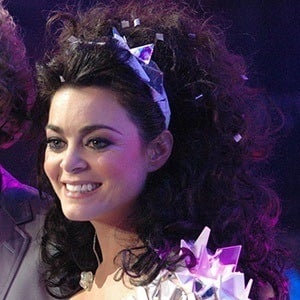 Most Popular#169861
Born in Beverwijk, Netherlands#2

Stage actress and singer/songwriter who is recognized for having been cast as Princess Fiona in a 2012 production of Shrek the Musical. She also hosted the popular children's show  Kids Top 20.

In 2003, she released a single titled "Teenage Superstar" which hit the number one spot on Indonesia's music charts.

She was in a long term relationship with record producer Daniel Gibson.

She and Sutton Foster have both portrayed Princess Fiona in Shrek the Musical.

Most Popular#169861
Born in Beverwijk, Netherlands#2

Kim-Lian Van der Meij Is A Member Of