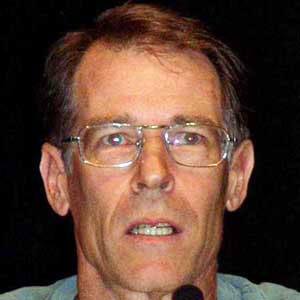 An Illinois-born science fiction author, he is best known for his Mars trilogy. His other works include The Years of Rice and Salt, Antarctica, and the Three Californias trilogy.

He earned a Ph.D. in English from the University of California, San Diego. He wrote his dissertation on the work of author Philip K. Dick.

His work is often labeled as literary science fiction.

He married Lisa Howland Nowell in 1982. He and his wife later became parents to two sons.

He and Nicole Blackman both attended Boston University (Robinson received his Master's degree in English at BU in 1975).

Kim Stanley Robinson Is A Member Of