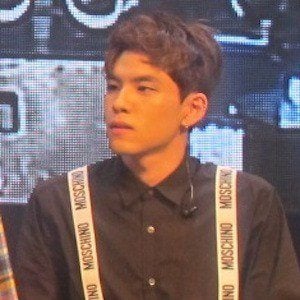 Synthesizer and a vocalist for the South Korean boy band DAY6. The group made their first appearance in 2013 on the show Who Is Next.

He was one of the founding members of 5LIVE, the original name of DAY6.

The 2015 DAY6 single "Congratulations" peaked at #6 on the US world music charts.

He was born in Incheon, South Korea. He wanted to be in JYP Entertainment since he was a kid.

Both he and Kang Yeong-hyun are secondary vocalists for DAY6.

Kim Won-pil Is A Member Of