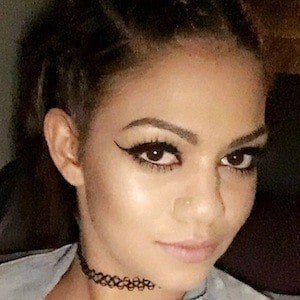 Dancer in the all-female hip-hop dance crew ReQuest, a troupe that is one of seven crews within the Royal Family megacrew. She was featured in Rihanna's Savage X Fenty show in 2018 and 2019.

When she was 13 years old, she became a world champion by winning the junior division at the Hip Hop International world championships as a member of a dance crew called Bubblegum. She'd previously competed at the championships with a group called De Ja Vu.

She and the rest of ReQuest were featured in two 2015 Justin Bieber music videos, for his songs "Sorry" and "What Do You Mean?"

She is from East Tamaki, New Zealand.

In 2020, she was featured as one of Jennifer Lopez's backup dancers in the Super Bowl Halftime Show.

Kirsten Dodgen Is A Member Of