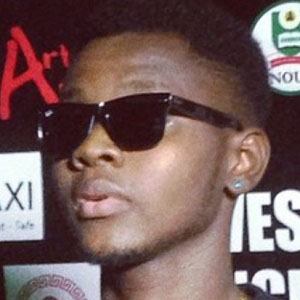 Afro-pop recording artist whose claim to fame was his chart-topping single "Woju." Other singles of his include "Shoye" and "Laye."

He graduated with a degree in water resources management and agrometeorology from Federal University of Agriculture, Abeokuta in 2013. He was in school when he decided to pursue a career in music.

He was born Anidugbe Oluwatobiloba Daniel in Ogun State, Nigeria. His father passed away in May of 2015.

Davido and Tiwa Savage are featured on the remix of "Woju."

Kiss Daniel Is A Member Of