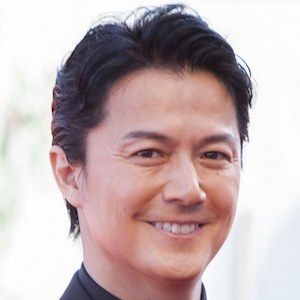 Highly recognized Japanese movie star who broke through to international audiences for his role in Shall We Dance? He later appeared in 13 Assassins and Hara-Kiri: Death of a Samurai.

Was inspired to become an actor after seeing the stage production of Maxim Gorky's The Lower Depths.

He created a dance craze in Japan after the release of the 1996 major hit film, Shall We Dance?

His movie, Shall We Dance?, inspired an American remake starring Jennifer Lopez.

Koji Yakusho Is A Member Of