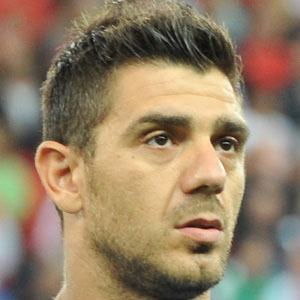 Defensive midfielder who became known for his speed and technique.

He began his senior career in 1996 at the age of 17 with Panachaiki.

He subsequently played for AEK Athens, Benfica, Panathinaikos, and PAOK, as well as the Greek national team.

His family was residing in Patras when he was born.

He and Giorgos Karagounis played together on the Greek national team.

Kostas Katsouranis Is A Member Of