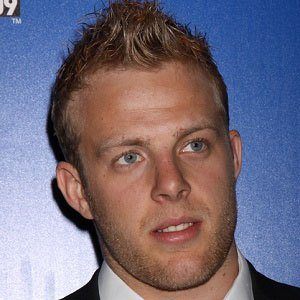 Right winger who helped the Chicago Blackhawks win Stanley Cup Championships in 2010 and 2015. Between his two stints with the Blackhawks, he played for the Toronto Maple Leafs, Philadelphia Flyers and Florida Panthers.

He played for the Lethbridge Hurricanes in the Western Hockey League.

After the 2010 Stanley Cup Championship, his last name was misspelled as "Vertseeg" when engraved on the cup, but it was quickly corrected.

He was born in Lethbridge, Alberta, Canada.

He won Stanley Cups alongside right winger Patrick Sharp on the Blackhawks in 2010 and 2015.

Kris Versteeg Is A Member Of