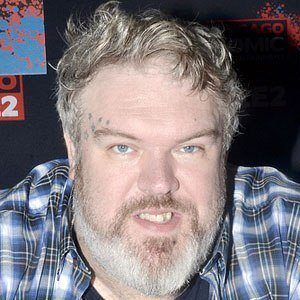 Irish actor and DJ who is most well known for his role as Hodor on the hit HBO fantasy series Game of Thrones, his first major acting role.

He has performed as a DJ alongside notable acts like Scissor Sisters.

He appeared as Barnaby Silver in two episodes of Ripper Street.

He was born in Lisburn, Northern Ireland.

He frequently shares the screen with Isaac Wright on Game of Thrones.

Kristian Nairn Is A Member Of