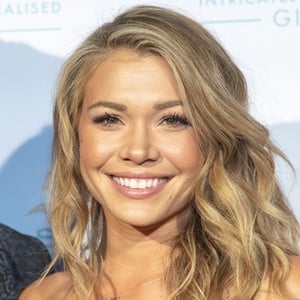 Fitness guru most famous for being a contestant on season twenty-two of ABC's The Bachelor. She went on to become a contestant of ABC's spin-off Bachelor in Paradise in 2018. She is a NASM-certified personal trainer who has worked out of Orangetheory Fitness in San Diego, California.

She graduated from Boise State University with a degree in journalism and later studied broadcasting at UCLA.

She previously served as an on-air radio personality at 103.3 KISS FM.

She has a younger brother. In 2018, she began dating Bachelor in Paradise co-star Chris Randone; they became engaged later that same year. In June 2019, they tied the knot in a ceremony officiated by Chris Harrison. The two were married for less than a year. In November 2020, she revealed that she and Miles Bowles are expecting their first child together.

She competed against Chelsea Roy on The Bachelor.

Krystal Nielson Is A Member Of