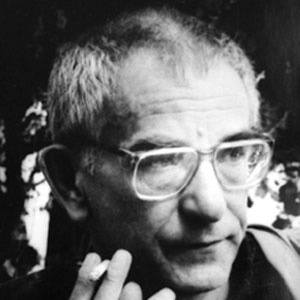 Polish director and screenwriter who was nominated for two Academy Awards for his work on Three Colors: Red.

He made his directorial debut at age 25 with the 1966 short The Office.

He married Maria Coutillo in 1967. The couple remained married until his death.

Krzysztof Kieslowski Is A Member Of