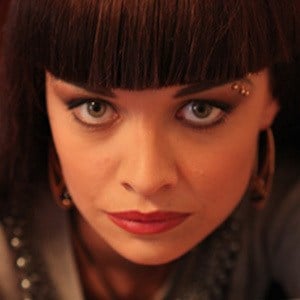 Sand artist who became known when she was the winner of Ukraine's Got Talent in 2009. She has performed her work in over 70 countries and in front of countless royal families and political offices.

She studied at the Artistic School of Yevpatoria and the School of Fine Arts.

In 2018 she participated in America's Got Talent: The Champions. She received the golden buzzer from Terry Crews.

Her mother Irina Simonova is an artist, and her father, Alexander Simonov, is a former military officer. She married theatre director Igor Paskar in 2007. They had Dmitry on November 27, 2007, and Serafim on July 20, 2014.

In 2011 her sand animation was a staging act for Ukraine during the Eurovision Song Contest, helping Mika Newton come 4th place in the Grand Final.

Kseniya Simonova Is A Member Of