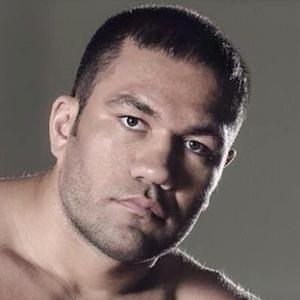 Official contender for the world boxing title against Wladimir Klitschko who is known as The Cobra. The match was scheduled for November of 2014.

He won an amateur European boxing championship in 2008.

He is a multiple time champion in Bulgaria and the 2012 victor for the European title in heavyweight boxing. He won the first 20 fights of his career.

He was born in Sofia, Bulgaria.

Both he and Shawn Porter won the first 20 bouts of their respective professional boxing careers.

Kubrat Pulev Is A Member Of