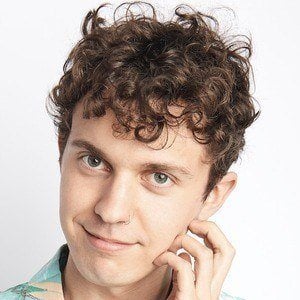 Comedian and internet personality who first became known for his self-titled Vine channel. He has over 1 million followers on Instagram and more than 3.7 million subscribers on YouTube.

He attended the "Comedy: Writing and Performance" program at Humber College, where he started performing stand up and making YouTube videos.

He participated in the hashtag #youreradbecause in June of 2014.

He was born at North York General Hospital in Toronto, Ontario and raised in Hamilton, Ontario. He has a sister named Kylie. He began a relationship with Jenna Allard in 2014.

He collaborated with Chris Melberger on a Vine titled "when u catch the lady sneaking a peek!!! (w/ Kurtis Conner, Shan Dude)" in June 2015.

Kurtis Conner Is A Member Of