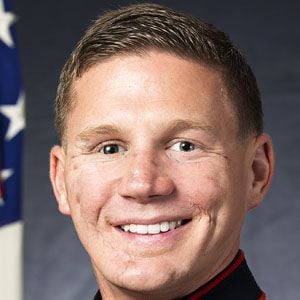 For his bravery in Afghanistan, this United States Marine earned the prestigious Medal of Honor. While serving in Marjah, Helmand, Afghanistan, he suffered severe injuries while trying to shield a fellow soldier from an exploding grenade.

At the age of nineteen, he began his training with the United States Marine Corps.

After his injuries forced him to end his military career, he entered the physical education and psychology degree programs at the University of South Carolina.

He grew up in Flowood, Mississippi.

Daniel Daly, who was born nearly a century before Carpenter, was also a U.S. Marine and a recipient of the Medal of Honor.

Kyle Carpenter Is A Member Of