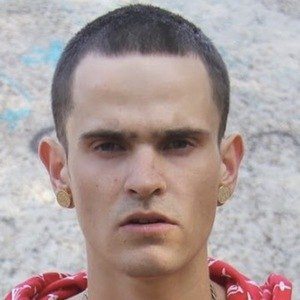 Hip hop music producer and rapper whose music videos for the self produced songs "Get The Strap" and "I'll Take Your Life" have garnered millions of plays on his official YouTube channel.

His debut album, The Rich White Man, was released in 2018. One of his first viral YouTube videos is titled "THE BEST RAPPER OF OUR GENERATION," and was uploaded by YouTuber Memeulous. The views he gained on his music videos on YouTube in 2018 helped him garner fame.

He has been featured in many viral videos on YouTube that have gained over 1 million views.

His real name is Kyle Del Gaudio. He is from Southern California.

YouTuber Memeulous made a video about him.

Rich White Man Is A Member Of