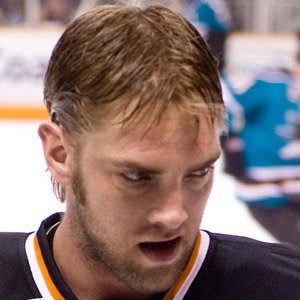 Former NHL defenceman who had a twelve-year career in the league, during which he played for the Boston Bruins and San Jose Sharks. He was named to the NHL All-Rookie team for the 1995-96 season.

He made his NHL debut with the Bruins in 1995, becoming the youngest active player on any NHL roster that season.

He was named Top Defenceman in the Western Canadian Bantam Tournament for the 1992-93 season.

He has children named Samantha, Madison and Aidan.

He was suspended for three games during the 2002 Stanley Cup Playoffs after injuring Montreal's Richard Zednik with an elbow to the face.

Kyle McLaren Is A Member Of