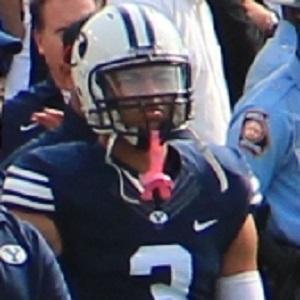 Outside linebacker taken in the second round of the 2014 NFL Draft by the Detroit Lions. He won Super Bowl LI as a member of the New England Patriots in 2017.

He was a multi-sport athlete at McQueen High School, participating in baseball, basketball, and track in addition to football.

He was a star at Brigham Young University, being named Independent Defensive Player of the Year by College Sports Madness in 2013. He was crowned as Defensive MVP of the 2012 Poinsettia Bowl.

He became engaged to Marissa Powell, who represented Utah in the Miss U.S.A. pageant. They married in 2014.

He was teammates with linebacker Ezekiel Ansah at Brigham Young University.

Kyle Van Noy Is A Member Of