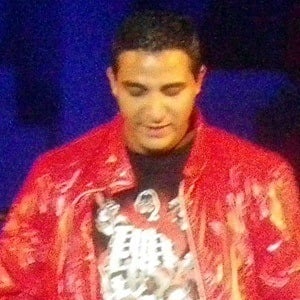 French-Algerian rapper who has found great popularity with singles like "Banderas," "Le Prince de la Ville," and "Panama." He has also performed as a member of groups like B-Vice Junior.

He was raised in the Felix Pyat neighborhood of Marseille, France. He started rapping at age 11.

His music video for "Banderas" was viewed more than 45 million times.

His real name is Samir Djourhlel. He has a brother named Aimene.

He was featured on the hit Tal song "Le Sens de la Vie."

L'Algérino Is A Member Of