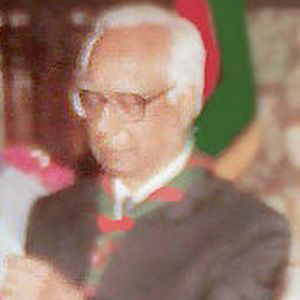 Most Popular#180328
Politician Born in Bangladesh#11

A late leader of the Independent party who held office as the President of Bangladesh from 2002 to 2009. He was also the acting Prime Minister from 2006 to 2007.

He earned a Ph.D. from the University of Wisconsin-Madison in 1962.

He helped found the private university, Atish Dipankar University of Science and Technology in 2004.

He and his wife Anwara Begum had three children together: Sujan, Adam, and Imtiaz.

He replaced Khaleda Zia as the Prime Minister of Bangladesh in 2006.

Most Popular#180328
Politician Born in Bangladesh#11

Iajuddin Ahmed Is A Member Of