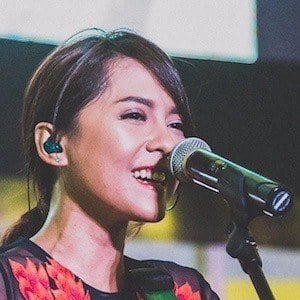 Singer and guitarist is known by many for having performed the song "Malam Sunyi di Cipaganti," which was written by Indonesian President Susilo Bambang Yudhoyono. Her other most popular songs include "Buka Semangat Baru," "Hasrat Cinta" and "Kamu, Aku, Cinta."

Before going solo, she was a member of the band Inersia, who released one album titled Bersama (2004). She studied English literature at the University of Indonesia.

Her song "Buka Semangat Baru" was used as a jingle by Coca-Cola.

Her birth name is Karmela Mudayatri Herradura Kartodirdjo. Her mother is Filipina and her father is Japanese.

Lala Karmela Is A Member Of