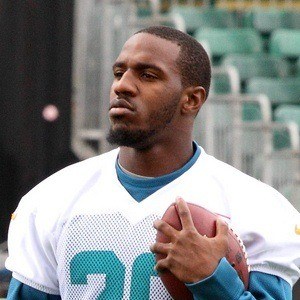 Running back who made his NFL debut in 2012 for the Miami Dolphins.

He played college football at the University of Miami, where he was a second-team All-ACC selection in 2011.

He was born and raised in Miami, Florida, where he went to high school, college, and began his NFL career.

He was drafted by the Dolphins in the same year as quarterback Ryan Tannehill.

Lamar Miller Is A Member Of