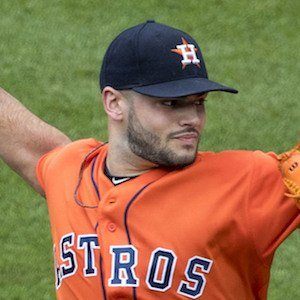 Pitcher who made his MLB debut with the Houston Astros in 2015. He was selected in the first round of the 2012 MLB Draft by the team. He helped the Astros win their first ever World Series title in 2017.

With a passion for the sport early on, he played baseball and graduated from Jesuit High School in Tampa, Florida.

He was named the Gatorade National Baseball Player of the Year in 2012.

He became teammates with Dallas Keuchel on the Astros in 2015.

Lance McCullers Is A Member Of