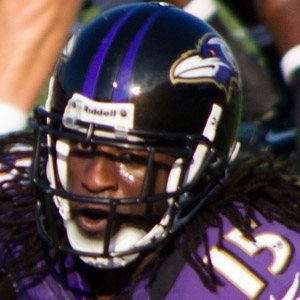 Wide receiver who debuted in 2011 for his hometown Baltimore Ravens, and won a Super Bowl with the team in his second season.

He played college football at the University of Maryland.

As a rookie his main contribution was on special teams: he returned 5 kickoffs for 109 yards, and forced a fumble on coverage.

He had his first child, Layla, right when he graduated college.

He played college football with Torrey Smith, and then they became rookies together with the Ravens.

LaQuan Williams Is A Member Of