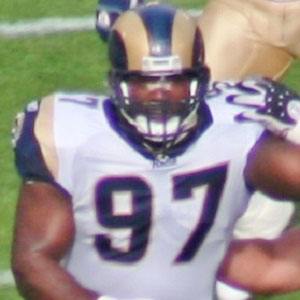 Defensive tackle who made six straight Pro Bowls as a member of the Dallas Cowboys and New Orleans Saints. He won the 2000 NFC Defensive Player of the Year award and was named to the NFL 2000's All-Decade Team..

He was a two-time San Diego Section co-Player of the Year at Point Loma High School.

After his retirement from playing, he became the Director of Player Engagement for the St. Louis Rams.

He has children named Neomie, Sophia and La’Roi Jr.

He played under head coach Mike Ditka in New Orleans.

Laroi Glover Is A Member Of