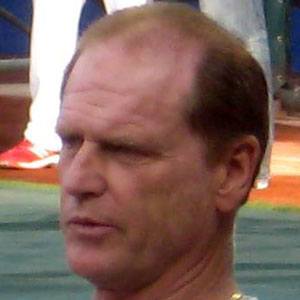 Retired relief pitcher who played for a number of major leagues teams during his career, including the Cleveland Indians and Philadelphia Phillies. He made World Series appearances with the Phillies in 1983 and 1993.

He made his major league debut with the Cleveland Indians in 1975.

He became a color commentator for the Philadelphia Phillies' radio and television broadcast following his retirement from the MLB.

His father, Dale, was an umpire for the West Seattle Pee-Wees.

He became the color commentator for the Phillies in 1998 following the death of player-turned-broadcaster Richie Ashburn.

Larry Andersen Is A Member Of