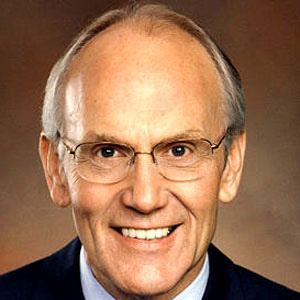 Longtime Republican Senator from Idaho who ended his career in disgrace after being arrested for lewd conduct in a men's bathroom in 2007. After his arrest he went on television and adamantly denied he was a homosexual despite all of the evidence to the contrary.

He was a member of the Idaho Army National Guard from 1970 to 1972 and attained the rank of Private First Class.

He was in Congress for 28 years, which is the second longest in Idaho state history.

His wife, Suzanne Thompson, stood by his side despite allegations of her husband's homosexuality.

Larry Craig Is A Member Of