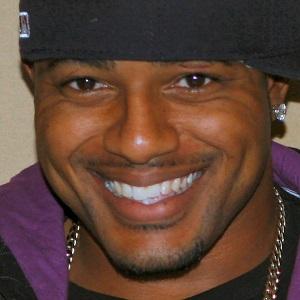 Former NFL running back who spent seven years with the Kansas City Chiefs, leading the AFC in rushing yards in 2005. He was a 2-time Pro Bowler and in 2006, he set the NFL record for most rushing attempts in a season with 416.

A standout at Penn State University, he was selected 27th overall in the 2003 NFL Draft by the Chiefs.

Raised with two siblings, he was born to Christine and Larry Johnson, Sr.

He became the lead rusher in Kansas City after Priest Holmes' career began to wind down.

Larry Johnson Is A Member Of