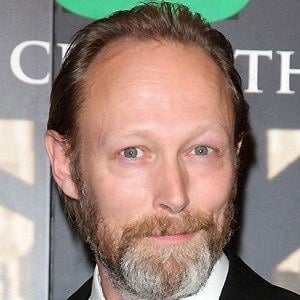 Danish screen actor who appeared in the 2012 films A Caretaker's Tale and What Richard Did as well as the 2004 film, Thunderbirds. In 2019, he began starring in Netflix's fantasy series The Witcher.

He trained at the National Theatre School of Denmark during the early 1990s.

His numerous Danish television credits include roles in Strisser pa Samso and Edderkoppen.

His brother, Mads Mikkelsen, also had a successful career as an actor.

Lars Mikkelsen Is A Member Of