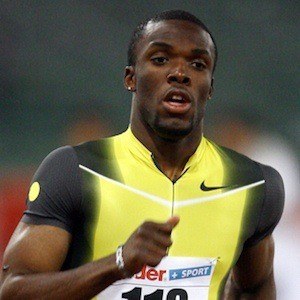 Sprinter specializing in the 400 metres who became one of the greatest American runners of modern times, taking home gold medals at the 2008 and 2016 Summer Olympics. He medaled eleven times at the IAAF World Championships in Athletics from 2007 to 2015.

He graduated from Woodrow Wilson High School in his hometown of Portsmouth, Virginia. He signed an endorsement deal with Nike during his one year at East Carolina University.

He has a brother named Antwan. His parents are Owen Merritt and Brenda Stukes.

He won gold alongside American teammate Angelo Taylor in the 4 × 400 metres relay at the 2008 Summer Olympics.

LaShawn Merritt Is A Member Of