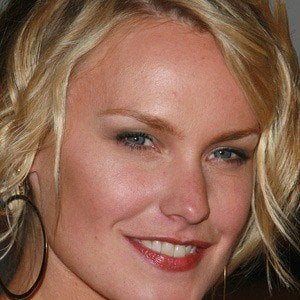 Actress who is best known for playing Lily Tyler on the show The 4400.

She grew up on Bainbridge Island, Washington and got her start acting on the soap opera All My Children.

She has worked with the NYPD as a domestic violence counselor.

She married Bruce Weyman in Italy in 2006.

She played Julia Mallory on the first season of the show Dirt, which also starred Courteney Cox.

Laura Allen Is A Member Of