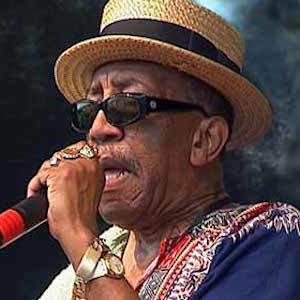 Late ska pioneer lovingly referred to as "The Godfather of Ska". He recorded over two dozen albums in his career, including 1992's "Rasta Man Power".

He worked for the Jamaican Tourist Board singing songs for people arriving at Kingston Harbour.

A plaque was hung in his memory at his former home in Leicester in 2007 following his death from a heart attack in 2005.

His brother is guitarist Bobby Aitken. Their parents were of Jamaican and Cuban descent.

Laurel Aitken Is A Member Of