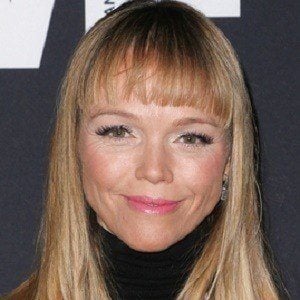 Perhaps most well known for her role as Holly Cleary on the HBO series True Blood, she is also notable for her portrayal of Susan on the short-lived series Watching Ellie.

After studying theatre at New York University, she appeared in nine episodes of Seinfeld.

She had guest spots on Without a Trace, ER, The New Adventures of Old Christine, and numerous other television series. She also played Sherry Wilde in the 2010 TV movie StarStruck.

The daughter of L. Thompson Bowles and Judith LeFever and the half-sibling of Seinfeld actress Julia Louis-Dreyfus, Lauren Bowles grew up in Washington, D.C. Her marriage to actor Patrick Fischler resulted in a child named Fia Lucille Fischler.

She and Beau Bridges were both in the cast of the 2015 film Underdog Kids.