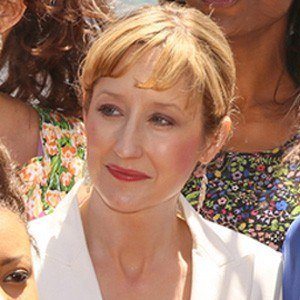 American stage actress who originated the role of Miss Honey in the West End and Broadway productions of the musical Matilda. She was nominated for a Tony Award for Best Featured Actress for her performance in the musical.

She attended the University of North Carolina School of the Arts and made her Broadway debut in 1994 as Jenny Sanborn in Carousel.

She made her Broadway debut in the show Carousel in 1994.

She married director Matthew Warchus, and they had three children.

The 1994 revival of Carousel also featured Audra McDonald in a supporting role.

Lauren Ward Is A Member Of