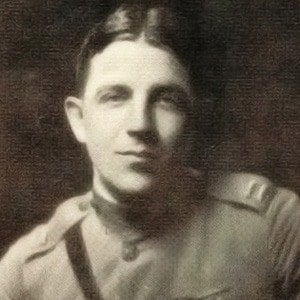 A World War I veteran and author, he became famous for his autobiographical work, Plumes, as well as for his 1924 play, What Price Glory (co-written with Maxwell Anderson). He is also known for Doughboys, a novel that exposes racial discrimination in the military during World War I.

After graduating from Wake Forest University, he took a job writing copy for a recruitment center. Later, he enlisted in the military and fought in France in the battle of Belleau Wood.

His 1924 novel, Plumes, was adapted by into the successful motion picture, The Big Parade.

He was born in Macon, Georgia to Larkin Tucker and Aurora Brooks. He was married twice: to Helen Purefoy Poteat and, later, to Louise St. Leger Vance.

His work influenced three of John Ford's war-themed films: 3 Godfathers, She Wore a Yellow Ribbon, and The Sun Shines Bright.

Laurence Stallings Is A Member Of